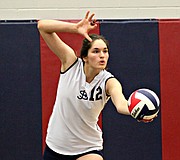 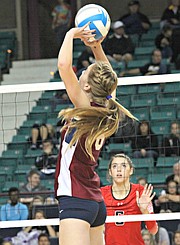 Fitzmorris was given Player of the Year honors, while Gray was named to the first team. Both players recently signed to play at Stanford University and helped the Lady Thunder capture the Class 5A state championship in the fall.

Gray, meanwhile, was recently named the 2015-16 Kansas Gatorade Player of the Year for her accomplishments on the court, in the classroom and in the community.

Gray recorded 793 assists, 273 digs, 294 kills, 68 blocks and 47 aces. She has maintained a 98.4 weighted GPA and has volunteered for Special Olympics, Ronald McDonald House and participated in a mission trip to Alabama to help rebuild tornado-damaged homes.