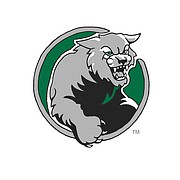 De Soto advanced to the title game with a 4-3 victory over Baldwin earlier in the day. The Wildcats trailed 3-1 entering the seventh inning, but scored three in the bottom of the frame to claim the victory.

De Soto, which was the defending Class 4A-I state champion, finished its season with a 13-8 overall record.