The Shawnee Mission Northwest boys golf team qualified for state by taking second place at the Class 6A regional tournament at Canyon Farm Golf Club on Monday, finishing with a total score of 320. 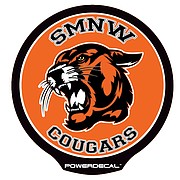 The Cougars concluded the day only three strokes behind champion Blue Valley West (317) and two strokes ahead of third-place finisher Shawnee Mission East (322). Shawnee Mission North finished eighth with a score of 516.

SM Northwest was led by individual champion Blake Allen, who fired a round of 70 to take the regional title. Christian Ghilardi finished tied for second (76), and Mitchell Bolton, Jackson Grotogut, Kellen Cross and Parker Umschceid rounded out the Cougars’ team.

The Class 6A state championship golf tournament will be played on Tuesday, May 26, at Carey Park in Hutchinson.