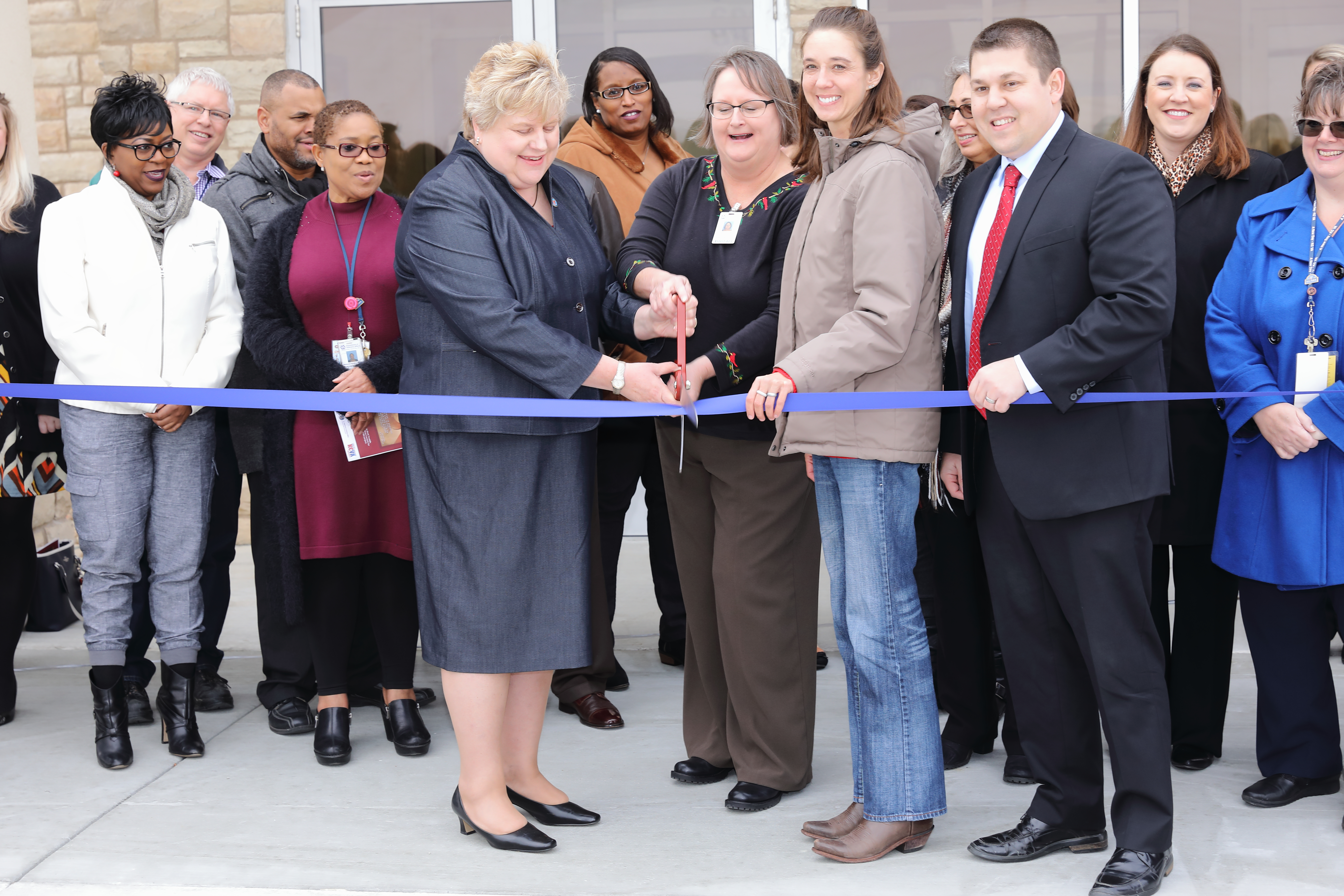 Veterans in the Shawnee area now have a more convenient location to receive care.

Staff and executives from Kansas City VAMC, Shawnee city officials, and dozens of veterans showed up for the ceremony, which included full tours of the facility and refreshments.

It also has pharmacists and mental health staff on hand and a lab for blood work.

The first patient appointments will be Jan. 2.

The new 10,000 square-foot facility in Shawnee has 15 exam rooms, an educational room and 55 parking spaces.

Kansas City VAMC executives said they hope the Shawnee location will be more convenient for veterans who live in Johnson County and western rural areas.

“There are approximately 10,000 to 11,000 veterans in Johnson County who haven’t registered for the benefits they’ve earned,” said Dwayne Rider, KCVA public affairs officer. “We want to let veterans, especially younger veterans, know this is an option for them.”

He pointed out that VA medical centers are a bit different than others, because many provide numerous services in one location, such as dental work and eye exams.

At the ribbon-cutting ceremony, Shawnee Mayor Michelle Distler told the large crowd she was honored and excited to have the new community-based outpatient clinic open in Shawnee.