A Shawnee man was one of two people killed in a three-vehicle crash early Thursday near the Wheeler Downtown Airport in Kansas City, Mo.

The Kansas City Police Department confirmed with the Dispatch that Tyler Fruehling, 31, died on Friday from injuries sustained during the fatal wreck. 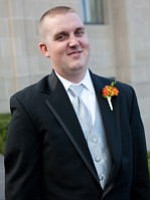 He initially had been taken to a hospital in critical condition.

An initial investigation revealed that a vehicle was disabled in the right line of northbound 169 Highway without its lights on. A silver vehicle was stopped ahead of it. Occupants were outside of their respective vehicles.

A visitation for Fruehling will be held from 5 to 7 p.m. this evening at Amos Family Funeral Home with a memorial service to follow.

Fruehling was a graduate of Shawnee Mission Northwest High School where he was a three year letterman on the basketball team and Kansas City Kansas Community College where he continued his basketball career.