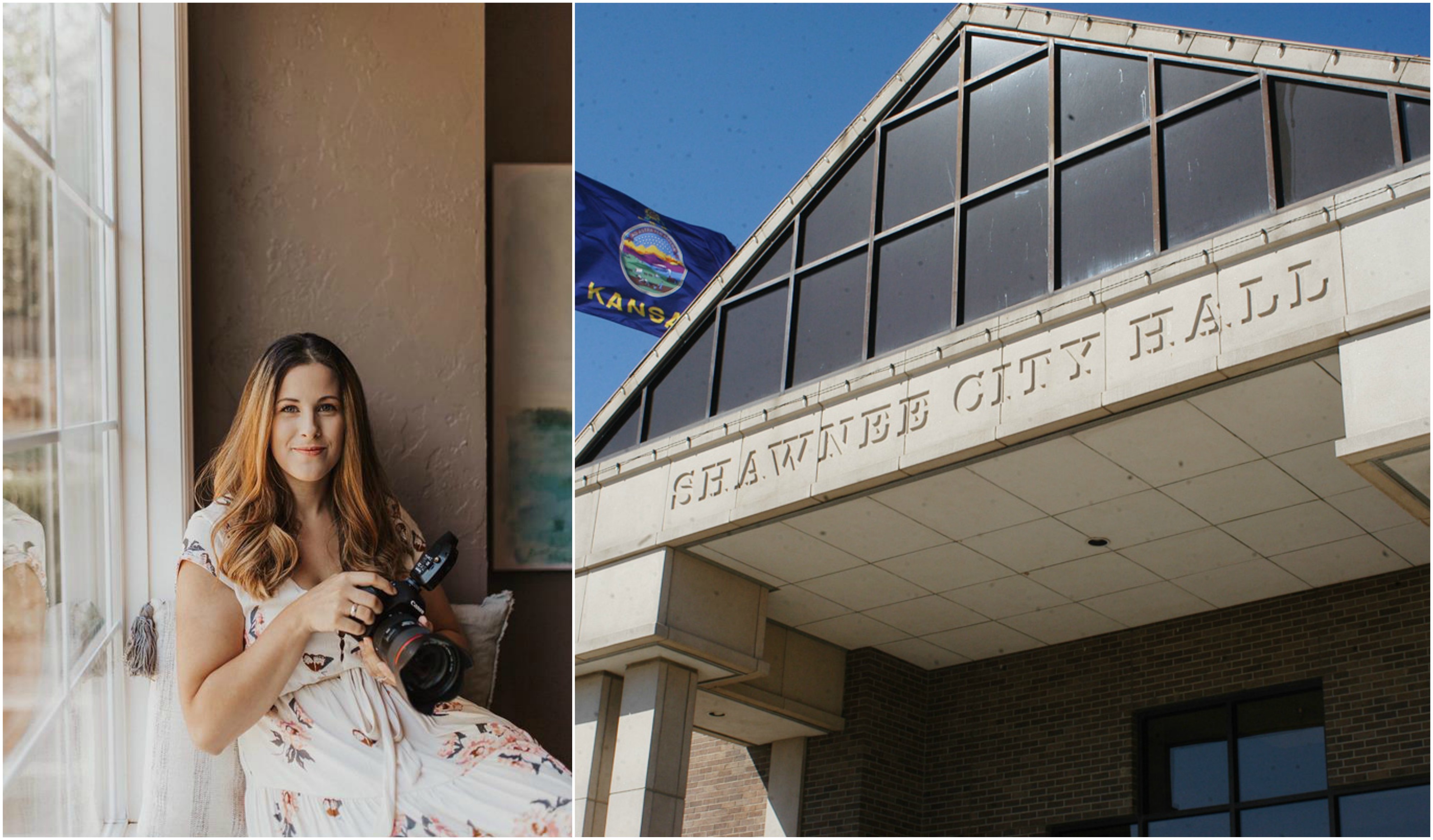 Only a small percentage of Shawnee citizens cast a ballot in a local election each year.

And less than a year ago, Shawnee mom Sarah Chou couldn’t have told you the names of the elected officials who represent her ward.

When her life was nearly turned upside down because of a single phone call, however, she found herself in the midst of an unexpected civics lesson, and on the path to changing a city law.

For the past five years, Chou has been a successful professional photographer, with a home-based studio.

Her passion for the art stemmed in her early 20s, when she was a pageant contestant and part-time model. A photographer during a shoot loaned her a camera, and she quickly fell in love with being behind it rather than in front of it.

The Cleveland, Mo. native married a dentist and six years ago, found herself a mom-to-be. Wanting a career where she could stay at home with her little one, the natural fit was to start an in-home photography studio.

Within a few years, her business, Marie Photography, skyrocketed via word-of-mouth. Chou found herself busy with photo shoots for families, newborns, back-to-school, weddings and engagements. She has even done a professional photo shoot for the Shawnee Fire Department.

Many of her photo clients are regulars.

“People feel comfortable coming into my home studio,” Chou said. “They get to know me and my family. They become like family.”

Marie Photography became so successful, and with another daughter on the way, the Chou family realized they needed a bigger house with better studio space. They fell in love with a gorgeous home in a wooded Shawnee neighborhood and moved there earlier this year.

Chou received the green light from her new homeowners association, and the state of Kansas, to conduct her in-home photography studio.

Unfortunately, it didn’t occur to Chou to contact her new city government.

A few months after being settled in their new home, a neighbor called the city of Shawnee after seeing a car parked in front of the Chou home.

Chou received a notice from the city warning her she couldn’t sell tangible goods out of her home. Chou called the city and explained she wasn’t selling tangible goods, she was just doing photography.

Determined to resolve the issue in person, Chou drove to Shawnee City Hall where she met with the city clerk. There was nothing he could do, but he suggested she reach out to one of her council representatives.

“I found myself crying inside city hall,” Chou told the Dispatch. “I worked so hard to attain my career and it was terrifying to know it could be taken away from me.”

“Photography isn’t a hobby for me—it’s how we help put food on the table for our kids.”

Troubled, Chou and her husband discussed their options. She could rent a studio, which would be an expensive venture—plus it would take away time from her family and it would increase her photography prices.

They also contemplated moving to another suburb where in-home studios were already allowed.

In the end, Chou decided the best thing to do was take the Shawnee city clerk’s advice, so she contacted Ward 1 Councilman Matt Zimmerman.

After hearing her dilemma, he was happy to help.

After all, he said, helping people in Ward 1 is one of the things he signed up for when he ran for office.

“At a more personal level, it was evident to me that Sarah’s livelihood was at risk and contingent on the success of her ability to work out of her house,” Zimmerman told the Dispatch. “A quick review of what the city ordinances currently allowed in types of home-based businesses gave me enough cause to escalate the issue through the appropriate channels and procedures.”

At its Aug. 6 meeting, the Shawnee Planning Commission approved amending the Home Occupations section of the Zoning Regulations to allow for an in-home photography studio.

Sitting in the audience, Chou found herself crying at city hall again—but this time they were happy tears.

“It felt like a weight was lifted off my shoulders,” she said. “For all that time, I just had to be patient and trusting of the process. I’m really thankful for Matt Zimmerman—he said he would help me and then he actually did. Everyone at city hall was really nice about it too.”

She’s astounded that at the beginning of the year, she didn’t know anything about city government.

“It’s crazy that more residents don’t go to city council meetings or even know what elected officials represent them,” Chou said. “I encourage everyone to learn more about city government, because even if you don’t think it affects you, it really does.”

She hopes her story will inspire other Shawnee residents to reach out to city hall if they encounter a problem.

“It would have been so easy to give up on this, so I’m really glad I was persistent,” she said. “It’s possible for an average resident, who knows nothing about the system, to make a difference.”

And at the end of the day, she’s grateful she gets to continue doing what she loves in the city she loves.

“Shawnee is the perfect small town,” she said. “It reminds me of where I grew up. I love our home so much and this is where I want to be forever.”

After all, he pointed out, with the vast amount of ordinances and restrictions on home-based businesses, he understands how easy it would be to misinterpret or stray from city codes.

Also, many business owners may not even know where to find the ordinances that apply to their business.

“At the other end of the spectrum, it’s difficult for policy-makers to account for the many types of businesses that can be run from the home, especially within the context of how enabling technologies have expanded the breadth of home businesses within the last few decades,” he said. “It takes people like Sarah, who are willing to pick up the phone and start making calls, that help our communities bridge that gap.”

Zimmerman said he encourages any resident who thinks an existing ordinance needs a “tune-up” to call their council representative.

If you’re considering running a home-based business, visit the city’s website at cityofshawnee.org, click on the “business” link, or the “government/municipal code” link to educate yourself on the specific requirements of doing business in Shawnee, he said.

“We have great staff at city hall and they are all very well-intentioned,” Zimmerman said. “Just remember that they, like you, are restricted by existing ordinances.

“It’s the job of the governing body to keep abreast of how current city ordinances are impacting the greater community and amend them in such a fashion that benefits all of us.”