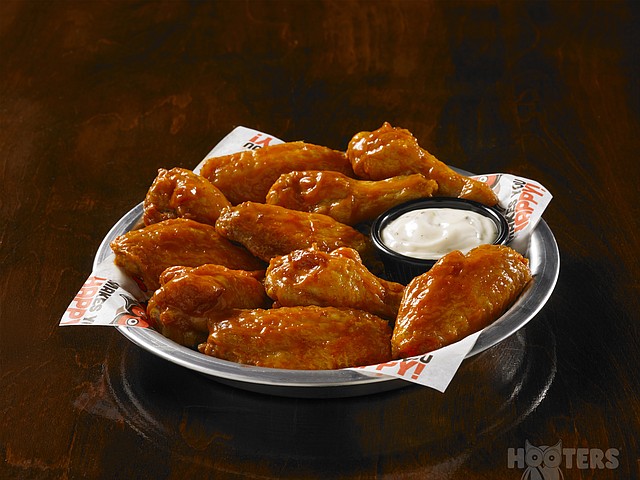 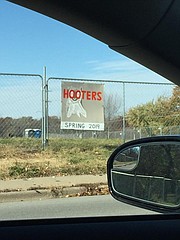 The sign was prominently posted on the fence along Pflumm Road for a short time over the weekend.

The city of Shawnee confirmed to the Dispatch today that Hooters is not coming to Shawnee.

Over the weekend, pranksters put up a sign at 67th and Pflumm Road, which stated “Hooters 2019,” indicating the popular chain restaurant, known for its chicken wings and scantily-clad waitresses, would be opening in that location.

The sign was noticed by many residents on Saturday, but it disappeared by Sunday.

City staff and elected officials, however, have been continuing to receive inquisitive and upset emails from Shawnee residents who don’t know the sign was fake.

The Cottages at Shawnee, a group home facility, is currently being constructed on the southwest corner of Pflumm Road and 67th Street.

The nearest Hooters location is at 10620 Metcalf Ave. in Overland Park.

-Mike Frizzell of Operation 100 News contributed to this report