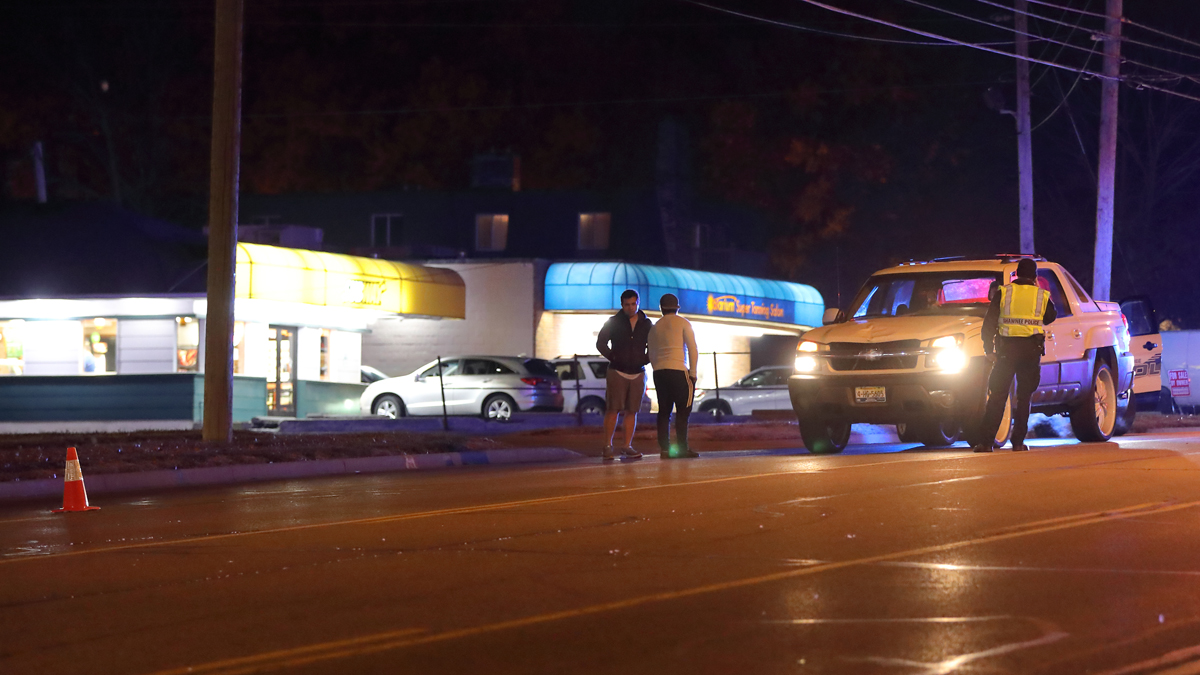 A traffic cone marks the spot where an injured man was found after being hit by truck in the eastbound lanes of 75th Street near Stearns Street shortly before 7 p.m. on Tuesday. Enlarge photo

Shawnee Police are investigating after a 36-year-old man was hit by a pickup truck on 75th Street near Stearns Street on Tuesday evening.

Officers, firefighters, and paramedics were dispatched on the call at 6:50 p.m.

Police blocked both lanes of eastbound 75th Street as they investigated the crash.

Johnson County Med-Act transported the injured man to a nearby hospital with non-life threatening injuries.

Major Sam Larson says the man was crossing 75th Street, walking southbound, when he was hit by an eastbound truck driven by a 26-year-old man.

"The pedestrian was issued citations for jaywalking and being a pedestrian under the influence of alcohol," Maj. Larson said. "The driver of the truck cooperated with the investigation and is not going to be cited as a result of the crash."

No one in the Chevrolet Avalanche was injured.

"We would like to remind residents to drink responsibly at all times, but especially during this holiday season," Major Larson said. "Do not operate a vehicle or walk in/on a roadway while under the influence of alcohol. There are several ride share or taxi options to take you safely to your next destination."