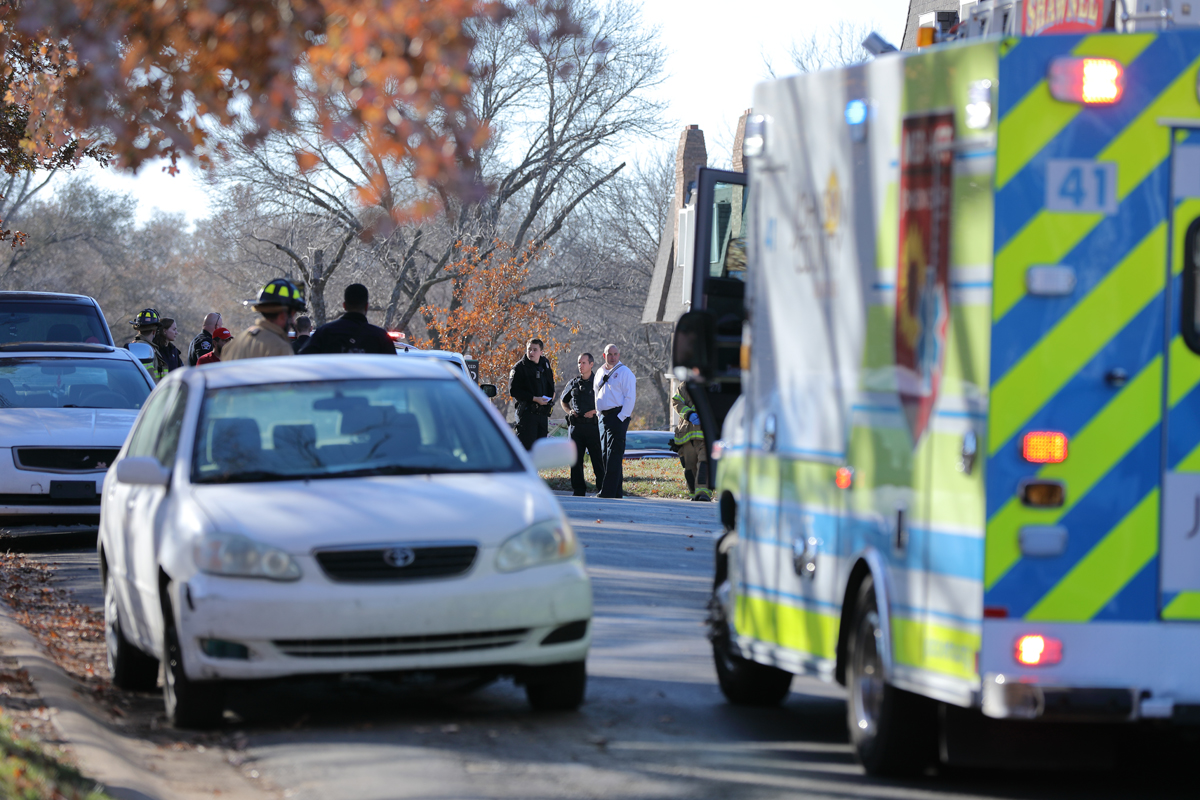 Shawnee Police, Fire, and Johnson County Med-Act on the scene after an 11-year-old girl was hit by a car in the Carlyle Apartments. Enlarge photo

Police say an 11-year-old girl was hit by a car in the Carlyle Apartments Thanksgiving morning.

Shawnee Police, fire, and Johnson County Med-Act were called to the 7500 block of Lucille Street shortly before 9:30 a.m.

Sergeant James Mahoney Jr. says the child's mother was arguing with a driver of a vehicle in the 7500 block of Lucille Street. The girl "jetted across the street and got bumped by the car."

The girl's injuries were described as "superficial."

Johnson County Med-Act transported the girl to Children's Mercy Hospital in Kansas City, Missouri to get checked out.

Med-Act also transported a 51-year-old man to Shawnee Mission Medical Center. That man had been hit in the face. He was being treated for a bloody nose and swelling. His injuries were are non-life threatening. Police have not confirmed how the man was involved in the incident.