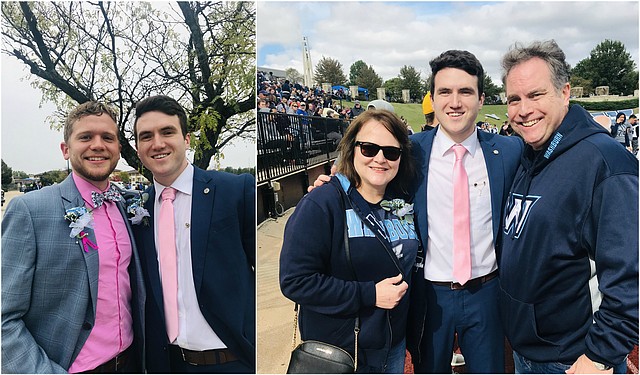 On Saturday, one man and one woman were chosen as the 2018 Washburn Top Bods.

Washburn’s mascot is The Ichabod.

Bryden is a senior studying finance. He is also president of the Sigma Phi Epsilon fraternity at Washburn.

“It was incredible to be a finalist,” Bryden told the Dispatch. “Being selected among thousands of students is something of which I am very grateful. Since I was selected as a finalist, I was featured at every Homecoming event and was able to ride in a convertible during the parade. I am extremely thankful and humbled by the events of the past week; it was such a blessing.”