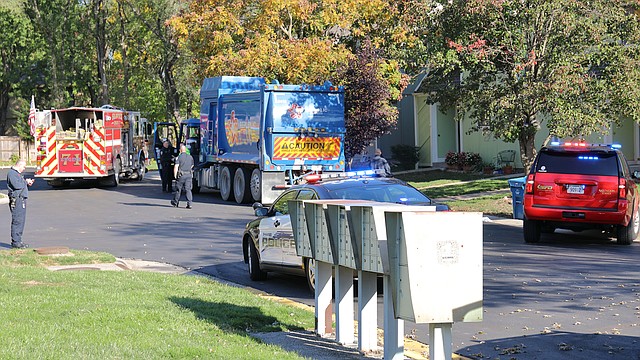 Shawnee Police are investigating after a woman was run over by a trash truck that was backing up on Tuesday morning in the 6500 block of Halsey Street.

A 69-year-old Shawnee woman was rushed to an area hospital after she was run over by a trash truck in the 6500 block of Halsey Street on Tuesday morning. The incident happened in the Tanglewood Estates neighborhood about 9:50 a.m.

In a news release, Sergeant Steve Walsh of the Shawnee Police Department's Traffic Safety Unit says, "a 37-year-old Tonganoxie driver was backing after collecting trash in a dead-end street when he collided with a pedestrian."

Johnson County Med-Act, with the assistance of the Shawnee Fire Department, transported the woman to Overland Park Regional Medical Center in critical condition.

The driver of the truck remained at the scene and police say he and the company which owns the truck are cooperating with the investigation.

Friends tell Operation 100 News the woman is Peggy O'Rourke. They say family informed them that O'Rourke broke her pelvis and after undergoing surgery, she is expected to be OK.

The company involved in the crash, Republic Services of Kansas City released a statement on Tuesday afternoon;

"Our thoughts are with everyone involved in the incident earlier today, including our driver who is understandably shaken up. We are cooperating fully with the local authorities as part of their ongoing response to the matter and referring any media inquiries to the authorities at this time."

The truck involved in the incident was towed away from the scene.