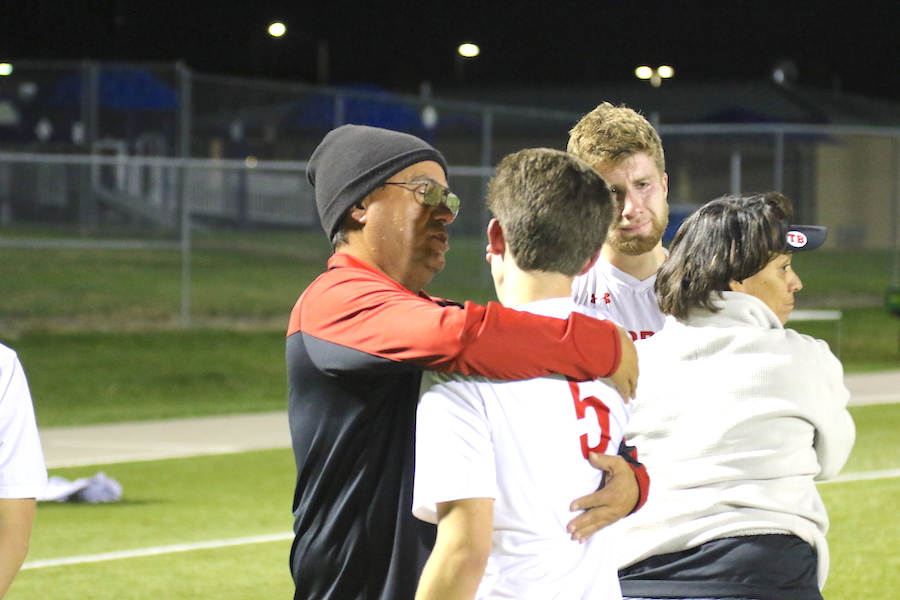 Olathe Northwest had a chance to take an early lead, as it had a goal kick opportunity with 39:20 remaining in the first half. Junior goalkeeper Blake Taylor blocked the attempt.

Shawnee Mission North had an opportunity to take a lead at the 21:15 mark in the half, but the kick missed.

Sophomore Elliott Chambon had a chance at a goal with 19:53 remaining in the half, but the attempt missed.

Olathe Northwest seemingly scored with 5:57 remaining in the first half, but the goal was waved off.

The game was scoreless heading into halftime.

Senior Sam Kramer was called for a yellow card with 31:09 remaining in regulation, setting up a goal kick for Olathe Northwest. Taylor blocked the attempt.

Olathe Northwest had an opportunity to get on the board on a point-blank goal chance, but the kick missed.

Olathe Northwest took the lead on a goal with 12:36 remaining in regulation.

That would be the final score, as Shawnee Mission North was unable to find a way to tie the game.

"We put everything into (Monday's) game. Nobody can play a game like we did (Monday) and come back and play against the best team in the league. It's hard," Shawnee Mission North head coach Jaime Velez said. "If we wouldn't have had (to play Blue Valley North Monday), there would have been a big difference."

"(His team) played beautifully. We held them to 0-1. Everything was the difference. If it wasn't for the defense, we would have struggled so much. Those seniors played great. (Kramer) played great. (Senior Sergio Barajas-Herrera) helped a lot over there. They played very well. I'm very proud of them," Velez said.

"He did great. He stepped up. He did everything that he's supposed to do as a goalie. He saved some goals. There's nothing that I can complain about (with Taylor's performance)," Velez said.

Velez talked about the contributions of his seniors in Tuesday night's game.

"I'm extremely proud. What they did was unbelievable. Three years ago, we lost against (Olathe Northwest) in the first half 0-10. This program is going the way that we want it to go. (The seniors) are part of that," Velez said.