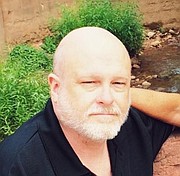 Russell Brian Cloon, 62, of Baldwin City, Kansas passed away March 31, 2018, in Ottawa, KS. He was born November 10, 1955 in Colorado Springs, CO the son of Russell Cloon and Mildred (Kibbee) Cloon. Russ grew up in the Overland Park area and graduated from Shawnee Mission Northwest High School with the Class of 1973. Russ graduated from the University of Kansas with a Bachelor of Science in Business Administration in 1986 and then graduated from University of Kansas School of Law in 1990. During law school Russ moved to the Baldwin City area and has lived there since. He began his law practice in Baldwin City and then expanded into Ottawa. Russ first worked as a public defender and practiced family and business law, but spent most of his career as a bankruptcy attorney. Russ served his country in the United States Army for seven years attaining the rank of SPEC4. Russ was a member of the Kansas Bar Association and the Baldwin City Lloyd Beacon Post 228 of the American Legion. On June 24, 1989, Russ was united in marriage to Denise Young. They have shared twentyeight years of loving marriage. Russ is survived by his wife, Denise Cloon, Baldwin City; son, Russell Cloon II, Baldwin City; three brothers, Ted Cloon, Gardner, KS, Bryson Cloon, Leawood, KS, Brett Cloon, Columbia, MO; and close cousin, Jo McCarthy, Lenexa, KS. Mr. Cloon is preceded in death by his parents and his close cousin, Ed McCarthy. Funeral services will be held 2:00 p.m., Wednesday April 4, 2018 at LambRoberts Funeral Home, Baldwin City. Family will greet friends for a visitation prior to the service from 12:00 p.m. to 2:00 p.m. Wednesday. Interment will follow at Eudora Cemetery, Eudora, KS. Memorial contributions may be made to University of Kansas Athletic Department and sent in c/o LambRoberts Funeral Home, P.O. Box 64, Baldwin City, KS 66006. Condolences may be sent to the family through lambroberts. com.