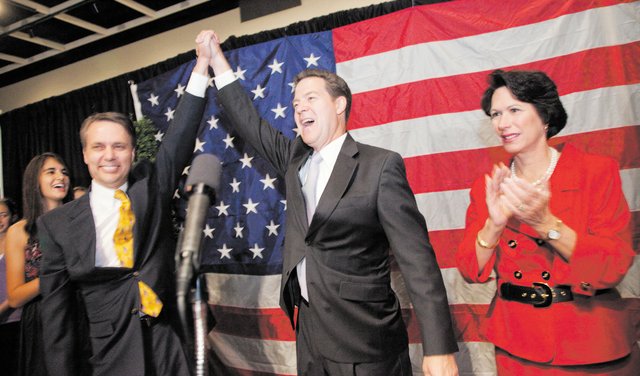 Lt. Gov. Jeff Colyer, left, and Gov. Sam Brownback with his wife, Mary, at his side, celebrate winning in Tuesday's mid-term election during a GOP Clean Sweep party Tuesday, Nov. 2, 2010 in Topeka.

The GOP had a grand old time with voting returns in Johnson County.

Kansas solidified its reputation as a red state, giving the GOP victories in its top races in balloting Tuesday.