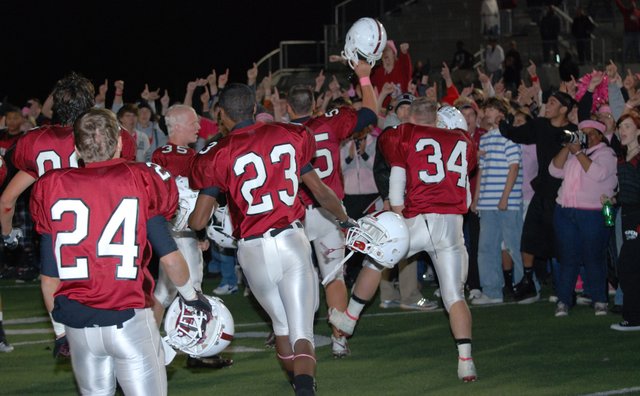 The Shawnee Mission North football team celebrates with the fans after beating Leavenworth, 28-24, and earning the school's first state playoff berth since 2003.

The Shawnee Mission North football team has spent a good part of the past decade in the bottom portion of the Sunflower League standings.

Indians edge Pioneers, advance to playoffs for first time since 2003