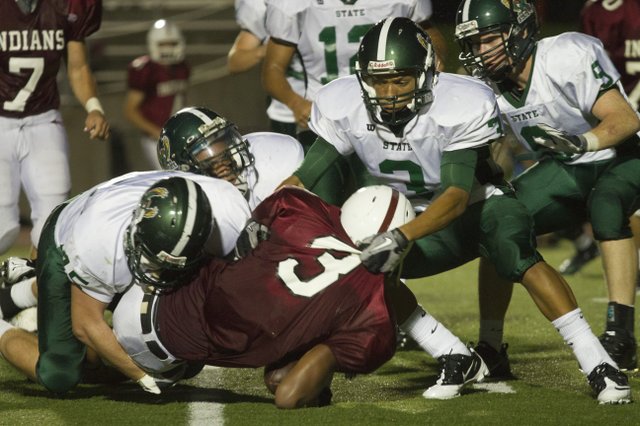 Despite nursing a sprained right ankle, Free State quarterback Dylan Perry proved to be plenty effective in leading the Firebirds to a 46-7 thumping of Shawnee Mission North Friday night at North District Stadium.