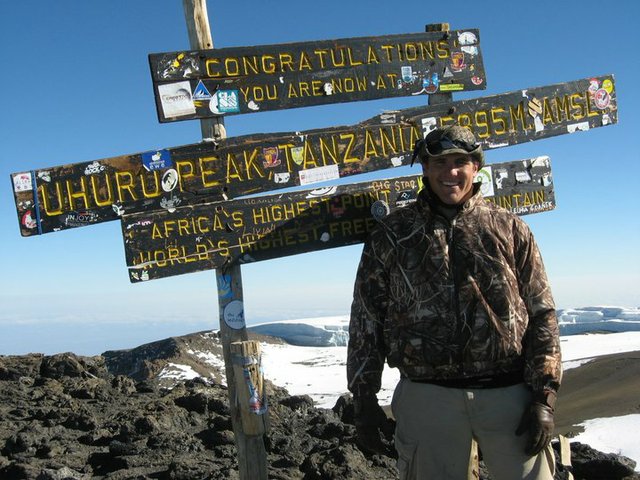 Matt Acree, a 2010 Mill Valley High School graduate and current Drake University football player, stands on the summit of Mount Kilimanjaro in Tanzania. Acree and his Drake teammates spent two weeks in May in Tanzania. While there, they played the first American football game on the African continent, performed volunteer work and then scaled the highest mountain on the continent. Even though he reached Kilimanjaro’s Uhuru Peak at 19,340 feet, Acree says his most memorable moment was a two-day home stay with a Chagga tribe in which he helped build a school.

If there’s one thing Matt Acree knows how to do, it’s living large.