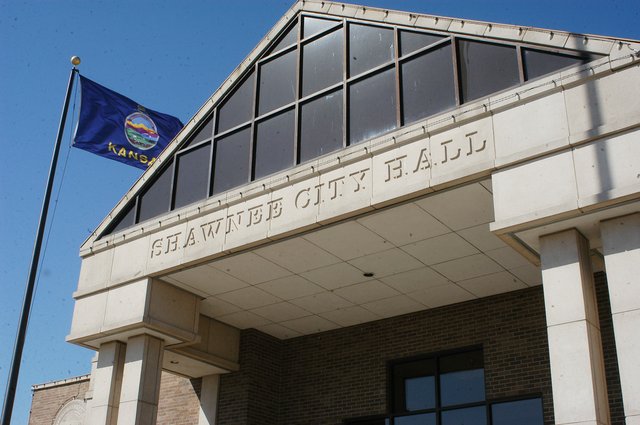 Preliminary steps for the proposed Shawnee community center are underway.

At its meeting last week, the Shawnee City Council voted to appoint someone to immediately and temporarily fill the position, and hold a special election for the seat next year

Westbrooke Green developers were recently granted a 10-month extension to demolish existing buildings on the site.

The historical Kenneth Smith property in Shawnee is moving closer to becoming a residential subdivision.

A community center has been on the city of Shawnee’s wish list for well over a decade, and now, the dream is becoming a little more concrete.

The Bellmont Promenade project is proposed to feature first floor retail and office space, as well as high-end apartments.

An updated version of the much-anticipated Bellmont Promenade project is in motion.

Shawnee is one of only a few major cities left which hasn't joined the Tobacco 21 movement.

Mixed-use development, prevalent in cities such as Overland Park and Lenexa, is now becoming more acceptable in the city of Shawnee.

The Shawnee Planning Commission recently advanced changes to the city’s land use guide which would encourage mixed-use development at the Bellmont Promenade site.

City staff is seeking public input for a potential community center to be built in Shawnee at 61st and Woodland.

The council will consider changes to vape store regulations at a couple upcoming meetings.

The governing body was given an opportunity to share their thoughts on characteristics for its new city manager at the Feb. 26 council meeting.

Another mixed-use complex may be in the works for Shawnee.

At its meeting Monday evening, the Shawnee City Council approved the establishment of redevelopment district which will make a $110 million mixed use project eligible for tax increment financing.

Shawnee will have three new city council members in January.

The general election is less than a week away.

Letters to the Editor: Residents concerned with ‘partisan’ council campaigns

Next month, Shawnee residents will have an opportunity to offer their two cents about a proposed mixed use development intended to replace the deteriorating Westbrooke Village Shopping Center.

A mixed use center, featuring retail, restaurants and residential, may be in the works for the northeast corner of 75th Street and Quivira Road, where the nearly-vacant Westbrooke Village Shopping Center now stands.

Results from yesterday’s primary election show the majority of Shawnee voters want a change in their city government.

At its meeting last week, the Shawnee City Council approved the city’s 2018 budget.

Many residents opposed the Bellmont Promenade project, but that didn’t stop the Shawnee City Council from giving developers a green light.

Nearby residents express big concerns with the proposed large-scale development

A Shawnee couple has big concerns about a shopping center proposed for Shawnee Mission Parkway.

Council vacancies will now be brought to an election

The city council unanimously voted to change the city’s policy to allow the filling of a vacant seat to go towards a public vote.

Shawnee named one of the safest cities in Kansas

A public hearing about the issue will take place at the next council meeting, held at 7:30 p.m on July 25 at Shawnee City Hall.

The City of Shawnee is looking at significant challenges in repairing its stormwater drainage system and is considering the first possible property tax increases since 2006.

The city is working to make its budget more understandable for Shawnee residents and next year’s financial presentations will look a bit different from years past.

The city council met last Monday and approved several purchases for the fire and police departments, as well as several items involving economic development payments. Here's a look at two of the major items approved at the meeting.

New City Council Member Eric Jenkins has proposed some changes to the city's department structure and budget as the city wraps up its 2016 budget session, which caused some backlash from other members of the council.

As the city nears the appointment date of a new City Council Ward IV representative, the governing body is still conflicted about the historically controversial process for the city.

The City Council chambers could see a face lift as soon as the fall. The chamber room stands as it did in 1990 when it was last completely remodeled. Since then, only the carpet and the benches for the public have been replaced. The city think's it's about time for an upgrade and it has budgeted $235,000 for the project.

Only a handfull of Shawnee residents attending a community meeting about two proposed sales taxes on Wednesday, but opinions on the taxes were made clear.

How long is too long for a public meeting? No one wanted to say it, but that seemed to be the upshot Tuesday night when a Shawnee City Council committee meeting turned to the issue of the governing body’s public-meeting policy.

On the agenda: Street sweeping, term limits for city boards and commissions

Beginning in January, Shawnee’s CityRide customers will be able to get curbside service seven days a week with only an hour’s notice.

The City Council on Monday scrapped an old live entertainment permit and OK’d a new one for an address where one bar and grill closed and a new one opened.

After a two-year across-the-board pay freeze — and opposition from more than one City Council member — some Shawnee employees will get raises next year.

The Shawnee City Council set two public hearings last week, a July 25 hearing on the 2012 budget and an Aug. 8 hearing on a proposed community improvement district at Ten Quivira Plaza.

Help at the crosswalk

At the request of a visually impaired resident, Shawnee has installed its first audible and tactile crosswalk push-button.

As long as their respective trash haulers allow for it, Shawnee residents may leave yard waste on the curb in hard-sided containers instead of biodegradable paper bags.

City will still mow some right of ways with rough terrain

Tom and Bobbie Barker left this week’s Shawnee City Council meeting with a sigh of relief.

More Shawnee property owners — including those with agricultural property along curbed roads — will have to start mowing their own right-of-ways, if the City Council approves a committee recommendation. Some elderly residents for whom the city has mowed right-of-ways in the past would no longer get help, either.

Volunteer program could be part of 2012 budget

Shawnee’s Finance and Administration Committee voted last week to include hiring a volunteer coordinator as an option to consider in the city’s 2012 budget process.

In a move that opens the door for a city-run volunteer program, a Shawnee committee voted this week to include hiring a volunteer coordinator as an option to consider in the city’s 2012 budget process.

Four Shawnee basements should be on the way to flooding relief, after the Shawnee City Council approved two storm drainage projects this week.

The Government Finance Officers Association of the United States and Canada has awarded the city of Shawnee a Distinguished Budget Presentation Award for the city’s 2011 budget.