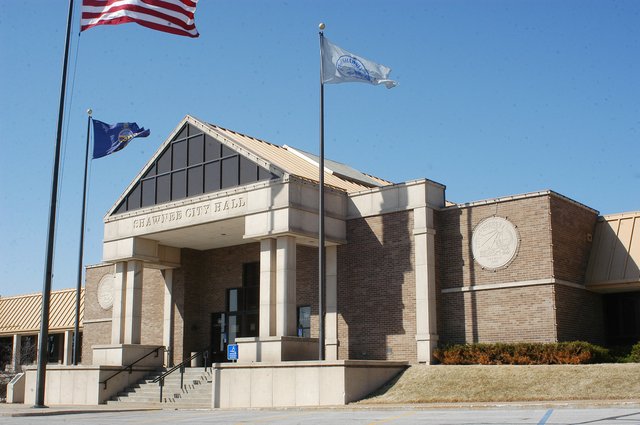 Shawnee city councilmembers will now be able to vote or give their two cents during city meetings no matter their physical location, whether it be across the country for a business trip or home sick in bed.

Shawnee named one of best places to live in the nation

Shawnee was one of only two Kansas cities to make the list.

Shawnee city manager Carol Gonzales will leave her position next month after more than a decade on the job. The city released a statement today acknowledging that her last day will be Nov. 15.

The Shawnee City Council is considering a new policy establishing guidelines over appointments and reappointments to city boards and commissions, with the hope it will encourage more community involvement and allow the process to be more simplified.

At its meeting Monday night, the city council approved a mill levy increase and also a stormwater fee increase.

A development company is pursuing land on the southwest corner of Shawnee Mission Parkway and Maurer Road for a commercial retail and restaurant center.

Shawnee is moving forward with an emergency operations plan.

There’s more to it than meets the eye. That was the upshot of a column I wrote in this space, back in August, about Shawnee lawmakers’ ongoing review of the city’s policies regarding how to conduct public meetings.

A Shawnee planning commissioner has replaced a longtime Shawnee City Council member after some heated discussion and a series of back-and-forth votes Monday night.

Shawnee’s City Council is closing in on a vote to appoint its newest member.

A problem intersection in western Shawnee moved one step closer to getting some help Monday night.

The movement to bring the Republican National Convention to the Kansas City metro area in 2016 won another backer Monday night.

Shawnee residents will have a chance to weigh in on the city’s proposed 2014 budget before a City Council meeting later this month.

Tuesday night, Shawnee moved one step closer to a vote on its proposed 2014 budget.

The economic climate is improving in Shawnee, according to Johnson County Appraiser Paul Welcome.

Improving “product” offerings is a major goal of three incentive programs unveiled last week. The programs are outlined in a proposed policy to dictate how the city uses its $1 million economic development fund, funded by landfill impact fees from Deffenbaugh Industries.

A former Shawnee City Council member has filed to oppose Mayor Jeff Meyers and another challenger in this spring’s election, meaning the race will see a primary.

The last time Johnson County Church of Christ applied for tax credits to build a low-income senior housing development, the state denied the application, citing a lack of funds. On Monday, the Shawnee City Council stymied the church’s chances to try again for government funding.

Days are numbered for the buckets in the hallways of City Hall, as Shawnee has begun soliciting bids to replace some of the city’s leakiest roofs.

The Shawnee City Council voted Monday night to revise the city’s ward boundaries, with the goal of balancing uneven population numbers revealed by the 2010 census.

Documents join growing list of city services on the web

Accident reports have joined the ranks of city services you no longer have to request through snail-mail or an in-person visit.

After a two-year across-the-board pay freeze — and opposition from more than one City Council member — some Shawnee employees will get raises next year.

Streetlight improvements, a volunteer coordinator, a pothole-patching machine and some employee raises are poised for inclusion in Shawnee’s next budget. A $1 million economic development fund has been a tougher sell.

Streetlight improvements, a volunteer coordinator, a pothole-patching machine and some employee raises are poised for inclusion in Shawnee’s next budget. A $1 million economic development fund is proving a tougher sell.

Shawnee won’t beef up snowplowing but will spend more money to banish burnt-out streetlights, it appears at this point in the city’s 2012 budget process.

Shawnee won’t beef up snowplowing but will spend more money to banish burnt-out streetlights, it appears at this point in the city’s 2012 budget process.

An influx of cash from Shawnee’s newly increased landfill impact fee is poised to be a big player in the city’s 2012 budget — and possibly its skyline.

City’s next budget will strive for long-term stability

City Manager Carol Gonzales promises Shawnee’s next budget will be “less dreadful” than those of recent years, although the city must maintain a tight grip on its finances.

The city's next budget should be "less dreadful" than in recent years, leaders say.