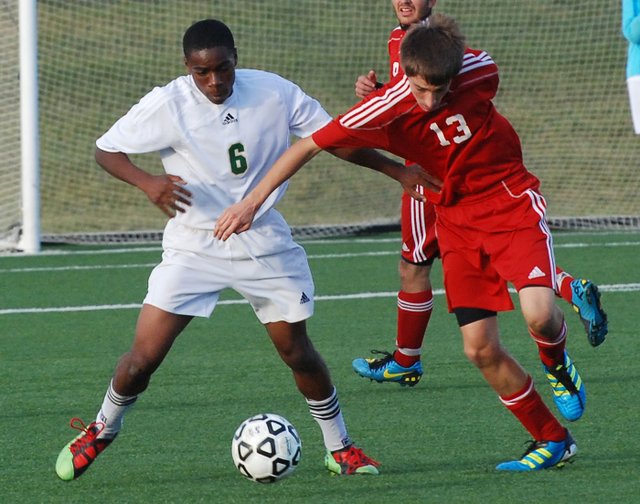 Tonganoxie's Evan Stilgenbauer and Maranatha's Caleb Henderson battle for possession of the ball during the first half of the Class 4-1A regional championship game.

In a game where both Maranatha Academy and Tonganoxie constantly made big plays, their Class 4-1A regional championship game fittingly ended with a player from both squad stepping up.