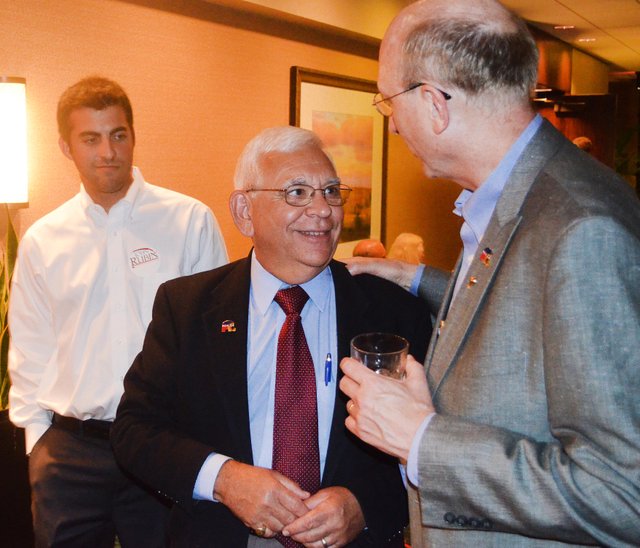 State Rep. John Rubin, R-Shawnee, is congratulated during an election watch party Tuesday night at the Doubletree Hotel in Overland Park was his campaign manager Will Thomas looks on.

Conservative voters held sway in Shawnee on Tuesday after the four local Republican primary races for state legislative seats were captured by the candidates furthest to the right on the political spectrum.