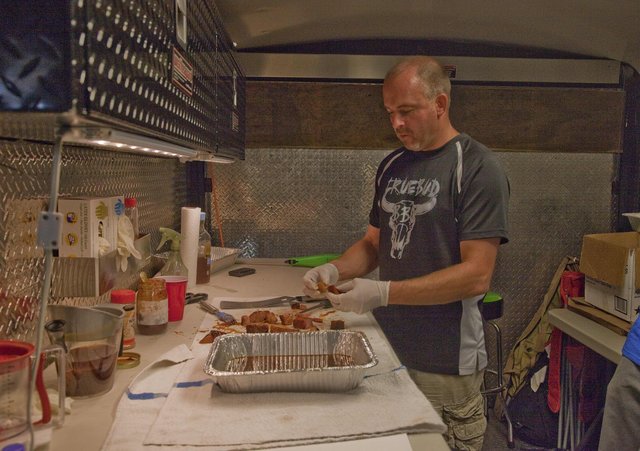 Truebud BBQ pitmaster Tim Grant, Tonganoxie, cleans up extra brisket after the last meat turn-in of the Smokin' on Oak barbecue competition Aug. 25, 2012, in Bonner Springs. Truebud is one of the top barbecue teams in the country right now, hanging in the top 10 of the Kansas City Barbeque Society's Team of the Year points chase.