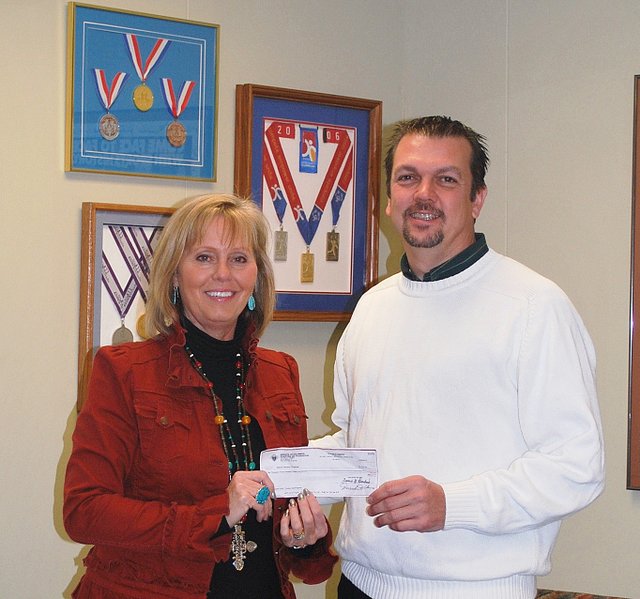 Jeff Lavery of the Shawnee Knights of Columbus presents a $2,300 donation for Special Olympics Kansas to Donna Zimmerman, a senior vice president for the organization. The money was raised during the weekend of Oct. 12-14, when volunteers from the local Knights council accepted donations for Tootsie Rolls at the Shawnee Hy-Vee store and following each Mass at St. Joseph Catholic Church. Lavery chaired the fundraising event, called the Campaign for People with Intellectual Disabilities.