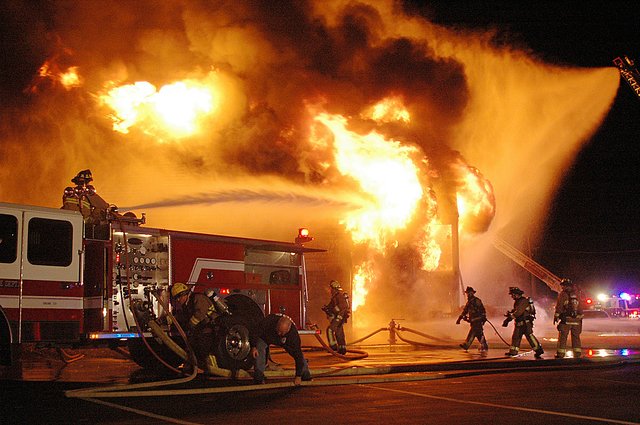 Shawnee firefighters battle a three-alarm inferno at Hampton Woods apartments in his staff photo taken in February by Sara Shepherd. The third major apartment fire in the city in two weeks, it followed a blaze that claimed two lives at the Carlyle Apartments.