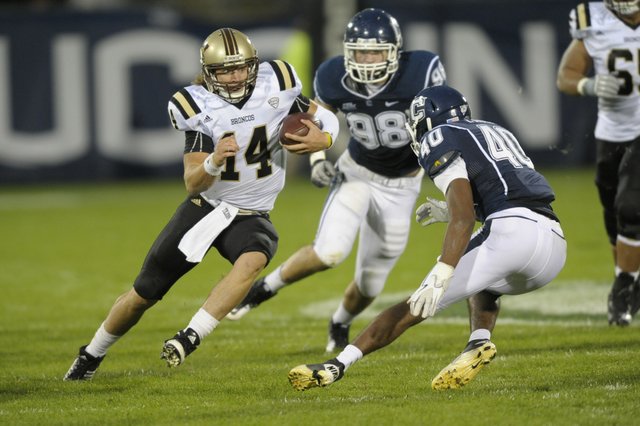 Former SM Northwest quarterback Alex Carder, now entering his senior season at Western Michigan, passed for a career-high 479 yards in a win against Connecticut last season. Carder was recognized this month as a Mid-American Conference Player to Watch for 2012.

Alex Carder, now entering his third season as starting quarterback at Western Michigan, received a call from Archie Manning to be a college quarterback counselor and help lead the rest of the more than 1,200 campers. The counselors consisted of NFL position coaches, dozens of high school coaches and 40 current college quarterbacks.

Part of being your school’s most prolific quarterback — and gaining national attention entering your senior season — sometimes has you sitting in a car for five and a half hours, a crisp suit hanging nearby in a garment bag.