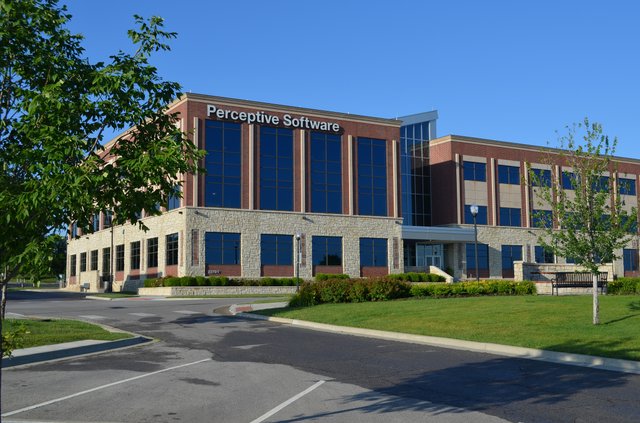 Perceptive Software has decided to leave its current headquarters (above) in Shawnee Crossings for a new building to be constructed in Lenexa City Center.