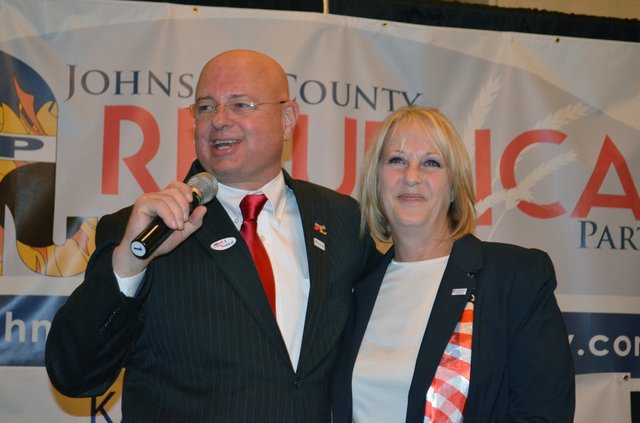 10th District State Senator Mary Pilcher-Cook, R-Shawnee, is congratulated on her re-election by Ronnie Metsker, chairman of the Johnson County Republican Party, during an election night watch party at the Doubletree Hotel in Overland Park.