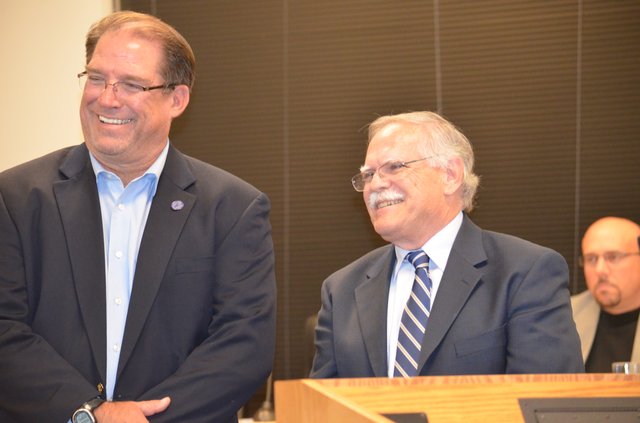 Shawnee Mayor Jeff Meyers, left, presented the city's planning director, Paul Chaffee, with an award for 35-years of municipal service during the Nov. 13 City Council meeting. The mayor, who arrived late for the meeting, found the parking lot filled as a result of the employee and volunteer service award presentations on the agenda and parking in a handicapped spot.

Mayor not ticketed for disabled-parking violation

Shawnee Mayor Jeff Meyers wasn’t ticketed for parking in a handicapped space at City Hall during a City Council meeting this week. But the mayor has decided to donate $135 — his fine, had he been ticketed for the infraction — to the Mayor’s Christmas Tree Fund. By Rob Roberts