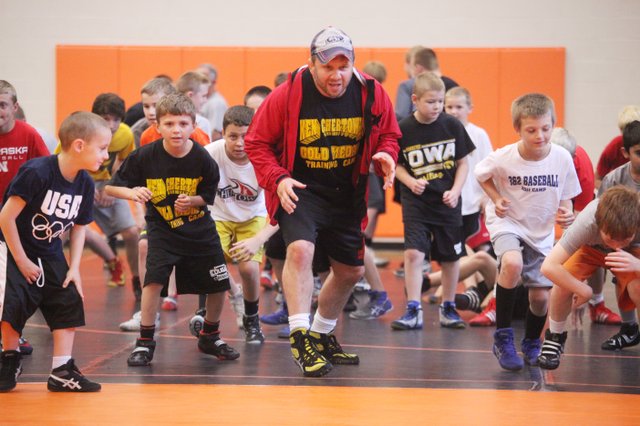 U.S. Olympian Ken Chertow leads a group of young wrestlers during a weeklong camp in May at SM Northwest.

The story of wrestling’s battle to remain in the Olympic Games transcends continents. And yet it can also be told without leaving one’s Northeast Kansas community.

Ken Chertow, a three-time NCAA All-American at Penn State and wrestler on the 1988 Soeul Summer Olympics, visited SM Northwest from May 28 to June 1 as part of a 21-state summer tour.