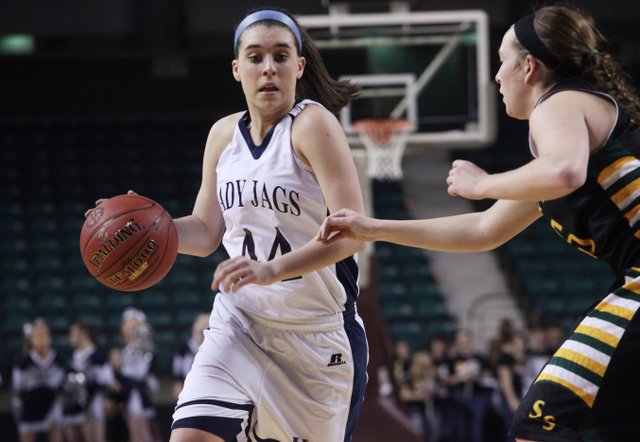 Mill Valley senior Stephanie Lichtenauer scored a game-high 14 points to lead the Jaguars to a 38-28 victory against Salina South in the Class 5A state quarterfinals on Wednesday in Topeka.

See you Friday: MVHS girls hang on to advance to state semifinals

After Mill Valley senior Tanner Tripp stepped up for a three-point shot to give the Jaguars their first points of the game, she smiled at fellow senior Stephanie Lichtenauer as they reversed court to return on defense. She’d later say that basket, and the subsequent three-pointer that followed, calmed her down in her first trip to the state tournament stage. If she could know how hard such baskets — any baskets — would be to come by on Wednesday against Salina South in the Class 5A state quarterfinals at the Kansas Expocentre, she may have smiled even wider.