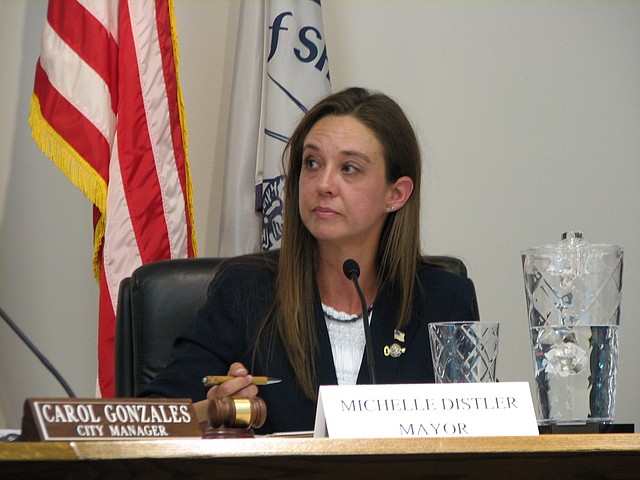 Michelle Distler lead half of the city council meeting on Monday after being sworn in as mayor.

Becoming the first female mayor of Shawnee is the realization of a dream not only for Michelle Distler, but also her nine-year-old daughter Jeydan.