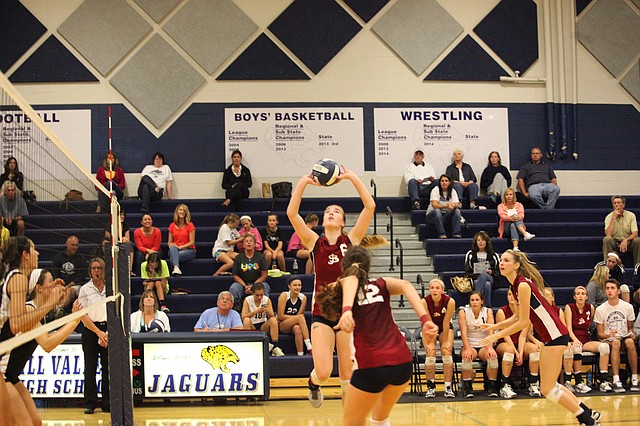 St. James' Jenna Gray sets up teammate Audriana Fitzmorris, No. 12, for a spike during a match against Mill Valley in 2014. Gray and Fitzmorris were named National (Senior) Players of the Year by PrepVolleyball.com. While at St. James they won three state titles. They'll both continue their education and playing career at Stanford.

If it were up to St. James volleyball coach Nancy Dorsey, seniors Audriana Fitzmorris and Jenna Gray would share every award Dorsey nominated them for.