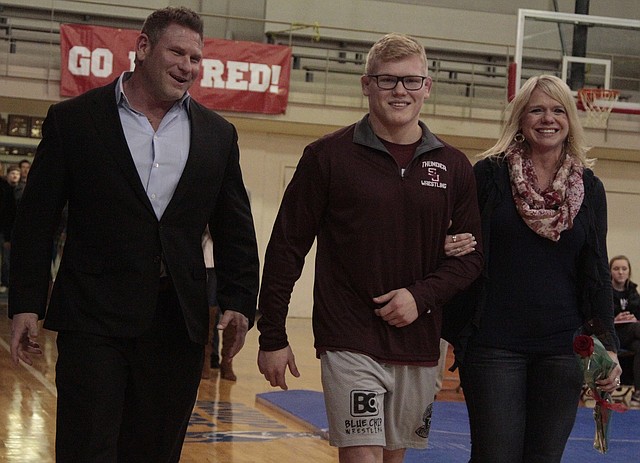 St. James Academy's wrestling team defeated Bishop Miege, 66-18, and lost to St. Thomas Aquinas, 39-32, in the Catholic duals Thursday at Miege. Senior Sammy Cokeley and juniors Drew Ernsdorff and Connor Weltmer won by fall in both duals for St. James. The Catholic duals doubled as senior night for all three schools, so Cokeley, Clay Lautt, Dominic Stean and TJ Miller were recognized prior to St. James taking on Aquinas.