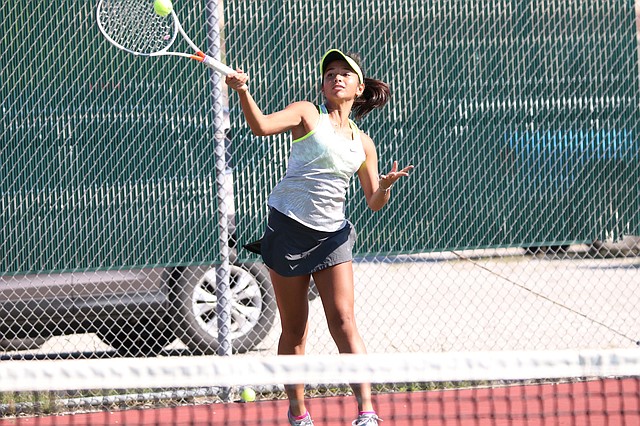 De Soto junior tennis player Issa Sullivan picked up a signature win while making her season debut on Wednesday at the Baldwin Invitational. Sullivan won the tournament after rallying to defeat three-time Class 4A state champion Brooklyn Hunter, 8-7 (6), after facing a 4-0 deficit against the Hayden senior. De Soto senior Bailey Ramsdell added a third-place finish at No. 2 singles. Ramsdell highlighted the Spring Hill quad for the Wildcats on Monday after winning at No. 1 singles with a 2-1 record.