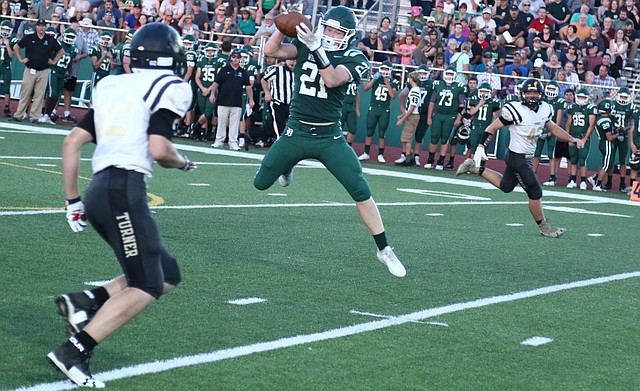 De Soto sophomore Tyson Priddy hauls in a touchdown pass from Jackson Miller in the Wildcats' 56-0 win over Turner on Friday.

The De Soto football team shut out Turner, 56-0, on Friday to improve to 3-0 on the season. Jackson Miller threw touchdown passes to Tyson Priddy and Keegan Sturdy, and also ran for a score. Dallas Williams led the DHS defense with two interceptions — including a pick six.