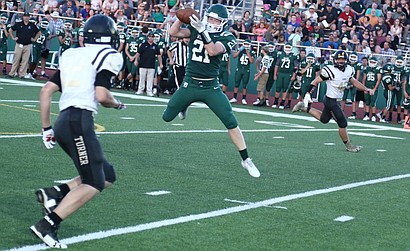 De Soto sophomore Tyson Priddy hauls in a touchdown pass from Jackson Miller in the Wildcats' 56-0 win over Turner on Friday. 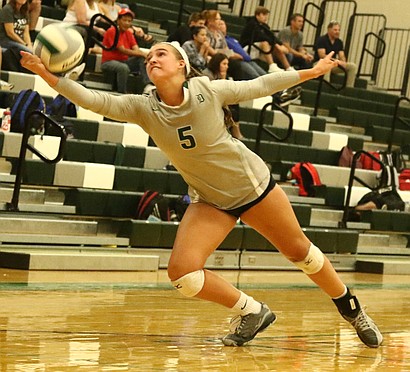 De Soto senior Maya Bascom lunges for a dig during the Wildcats triangular on Thursday against Leavenworth and Basehor-Linwood. 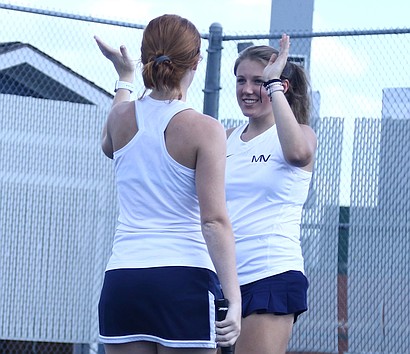 Mill Valley seniors Anika Roy (right) and Josie Carey (left) high-five each other after winning a point in their doubles match of Tuesday's home dual against Bonner Springs. 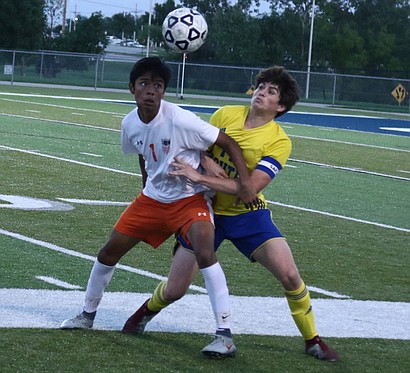 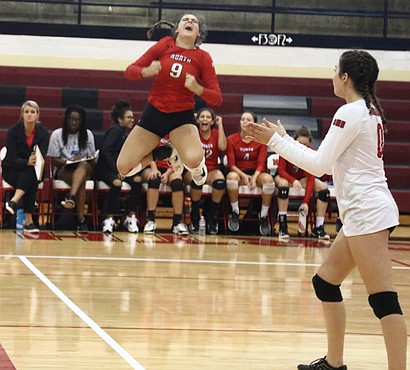 Shawnee Mission North setter Mollie Brooks celebrates after the Indians won a point in their match against Topeka High on Monday.