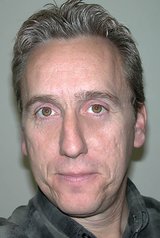 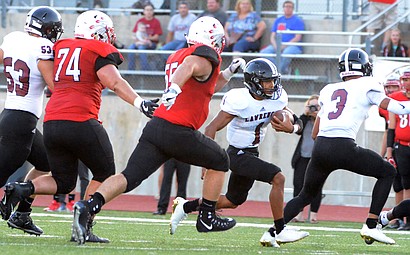 Lawrence High quarterback Dante Jackson searches for the open field in the Lions' 69-31 win over Shawnee Mission North on Thursday. 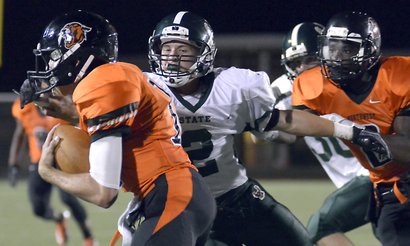 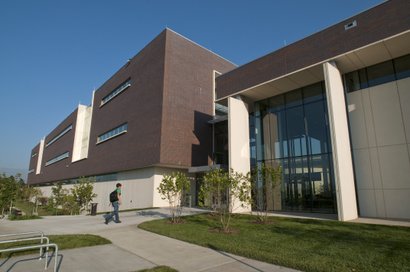 Kansas University is offering a new graduate degree program at its Edwards Campus in Overland Park that officials say will prepare students for scientific jobs in the business world.

Sculptor Charles Goslin blends in color on an oxen's leg, part of a large mural in Shawnee's Pioneer Crossing Park, in 2007. A portion of the mural depicting a pioneer woman was recently removed for repairs by the city's parks and recreation department. 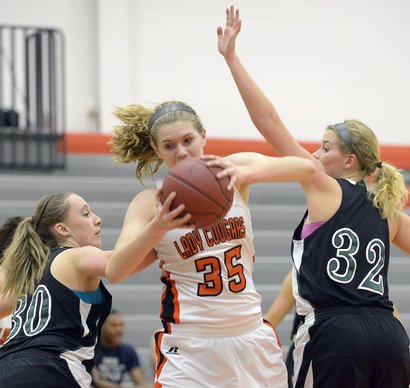