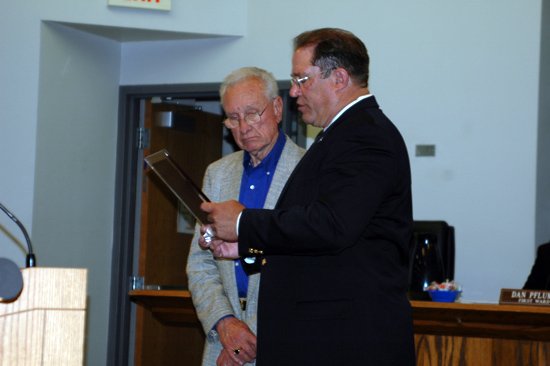 Outgoing City Council member Frank Goode (left) listens as Mayor Jeff Meyers reads off of a plaque touting Goode’s 34 years of service with the city of Shawnee. Goode, who lost his re-election bid last week in Ward II was replaced Monday when David Morris was sworn into office.